Törggelen in Meran(o) and surroundings

Enjoy autumn at the traditional Törggelen in the Merano region

In South Tyrol there are many customs and traditions that have been cultivated for many generations. Visitors to the Merano region should not miss the opportunity to get to know one or two of these customs and perhaps even take part in a typical event. For friends of enjoyable food, the Törggelen is just right. This old tradition from South Tyrol, which is carried out in autumn, has something to do with food. During Törggelen, a tasty meal is eaten together in convivial company in the autumn months after the grape harvest. It is not unusual for this to be a real feast, traditionally hosted by the winegrower for all his employees and harvest helpers. But in the meantime the Törggelen has become an open event to which everyone is welcome.

Where does the term "Törggelen" come from?

The origin of the term Törggelen lies in the word Torggl, which can be traced back to the Latin word torculus. This meant wine press or wine press. At the place where the Torggl used to be, the Törggelen also took place at that time. In the process of time, however, the late autumn meal was shifted to the Buschenschänken. This is also due to the fact that more and more tourists from all over the world arrived for this South Tyrolean tradition, so that simply more space was needed.

What is served at the Törggelen? 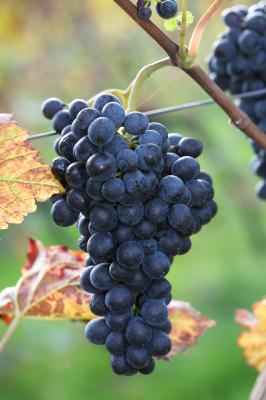 At Törggelen, there are many dishes on the table that have been prepared with products from the region. Of course, the wine from the respective vineyard where the Törggelen meal takes place is important first. Traditionally, there is a grape must from the first days of fermentation, called Siaßer or Sußer. A young wine, the so-called Nuier, also belongs on the table as a drink. It is accompanied by chestnuts and nuts that have been roasted. The main course usually consists of hearty dishes such as bacon and homemade Kaminwurzen with rye bread. Other dishes from the typical peasant cuisine of South Tyrol can also be eaten. Since the winegrowers of South Tyrol are usually quite wealthy these days, the meals are now also larger and more sumptuous. It is not uncommon to find large platters with all kinds of meat such as sur meat, sauerkraut and various blood sausages and house sausages, as well as homemade potato dumplings and sauces with plenty of wine. Especially when you come as a tourist for an open Törggeler meal, you can expect great things, as the winegrowers always strive to offer guests the best possible for the price they have to pay. You can also expect a delicious dessert: at the end of every Törggelen meal there are usually traditional farmer's doughnuts (Krapfen) with a sweet filling of poppy seeds, apricots and chestnuts.

Where can you go for Törggelen in Meran(o)?

In and around Merano there are many winegrowers who offer the traditional Törggelen in autumn. From the beginning of October, when the harvest is in full swing and the weather is still pleasantly warm, there is the opportunity to take part in Törggelen in inns, taverns and wine cellars. There are many places to stay in the vicinity of these establishments. Many Merano residents also offer rooms for single nights during the Törggelen period, so that people passing through can also find good accommodation. In villages like Naturns, for example, you will find many farms where Törggelen takes place. If you come to Merano for Törggelen, it is best to stay there for a few days to enjoy not only the food, but also the beautiful nature with its many hiking trails and the cultural features of the city of Merano.

One of the most beautiful and diversified bike paths in the Alpine region.

The Apple Cycle Path through the Etschtal-Adige Valley connects the cities of Merano and Bolzano with almost no incline.

home.cyclepaths.passeiertal.cta
Your experience on this site will be improved by allowing cookies.