The cycle route along the historic Via Claudia Augusta

From Landeck in Austria, the Adige Cycle Path leads over the Reschen Pass (1,508 m.a.s.l.) to Merano and Bolzano and on to Verona in the Veneto region. The route of the long-distance cycle path follows the historic Roman road (Via Claudia Augusta), which has its starting point in Donauwörth (Germany) and was considered an important Roman trade route across the Alps.

The cycle path with a distance of 345 km starts in Landeck (816 m.a.s.l.) in Tyrol, leads through the Upper Inn Valley, to Martina (Switzerland) and Nauders (Austria) to the Reschen Pass (Italy).

The Etschradweg continues past the beautiful Reschensee lake, meandering through a varied landscape: meadows, forests, lakes and castles. The well-signposted (look for the Via Claudia Augusta sign) cycle path is mostly asphalted, partly gravelled or runs along quiet side roads. Fascinating villages and small towns with Mediterranean flair invite you to stop for a bite to eat.

If you want to avoid steep mountain stages, start at Reschen or in a municipality along the Vinschgau cycle path. Alternatively, you can use a bike shuttle or rent a bike.

Places along the Adige Cycle Route:

Ratings for the Adige Cycle Route 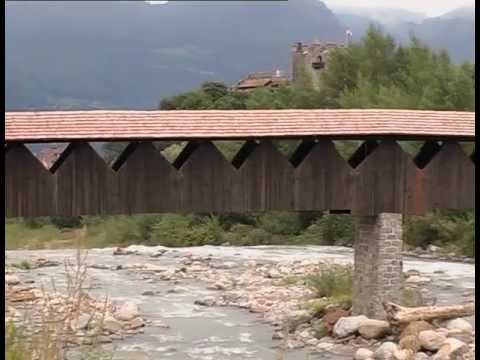 The Etsch (Italian: Adige) rises above Reschen and, with a length of over 400 km, is the second longest river in Italy. It flows through the Vinschgau region with its low precipitation, enters the Merano basin after the Töll/Tell and flows through the South Tyrolean lowlands and Trentino towards the Mediterranean. The Adige passes Verona and flows into the Adriatic Sea at Porto Fossone. At the end of the 19th century and in the 20th century, the Adige was straightened and regulated in South Tyrol. Open Etsch details